Is Hepatocellular Carcinoma an Adenocarcinoma? 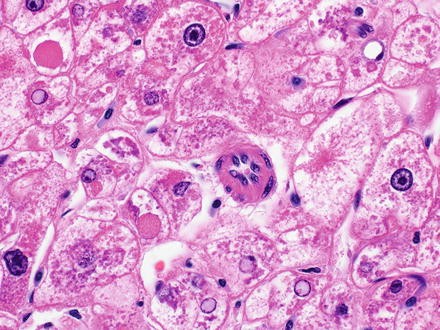 Hepatocellular carcinoma is a primary liver cancer that begins in the liver cells. While it is often diagnosed in people with chronic liver disease and cirrhosis, it can also develop in patients who have no history of the disease. While the disease has an overwhelmingly high fatality rate, it can be treated and the patient may live a longer life with treatment. Supportive care and support groups are recommended for individuals diagnosed with hepatocellular carcinoma.

Although HAC is a subset of HCC, the two types are often confused in diagnosis. It is important to understand the difference between the two types of cancer. Hepatocellular carcinoma is a type of liver cancer that mimics the architecture of adenocarcinomas. AFP-producing tumors are much more likely to metastasize to the liver. While most cases come from the epithelium of the stomach, the gallbladder, and colon have been reported as a possible origin.

Hepatocellular carcinoma can be difficult to distinguish from other types of liver cancer, such as cholangiocarcinoma. However, immunohistochemical markers are used to determine which is the most likely cancer type. Hep Par 1 is a monoclonal antibody that is expressed by both benign and malignant hepatocytes. Other types of tumors are identified based on their expression of Hep Par 1 (a protein that is commonly found in hepatocytes), B72.3, and CAM 5.2.

While hepatocellular carcinoma is the most common type of liver cancer, it has a lower incidence in people with cirrhosis. Cirrhosis is a condition in which the liver has scarring due to damage. This condition is caused by hepatitis B or C virus or long-term alcohol consumption. While hepatocellular carcinoma is more common in men, fibrolamellar hepatocarcinoma tends to occur more frequently in women and younger adults.

Despite the fact that hepatocellular cancers are rare, adenocarcinoma is the most common type of liver cancer. Its atypical immunohistochemical features and high risk of metastasis make it distinct from HCC. Most esophageal HAC cases originate in the gastric epithelium, but some cases have been reported in the colon or gallbladder.

In contrast, the absence of bile canalicular staining in adenocarcinoma is a significant clinical problem. Fortunately, routine histopathology has several markers that help distinguish the adenocarcinoma from a non-HCC. The markers are AFP, HepPar-1, GPC-3, and ARG-1.

There are two types of HCC. Hepatocellular carcinoma is the most common form and occurs in the main type of liver cells. Some people develop HCC as a result of hepatitis B or C or cirrhosis of the liver. In men, it is more common than in women. Several factors contribute to the development of hepatocellular carcinoma, including alcoholism.